Third Coast Percussion presents the premiere of its new program, Rituals and Meditations.

The performance will take place in Gannon Concert Hall at the Holtschneider Performance Center.
Purchase Tickets

If you need ticketing assistance, please contact the Holtschneider Performance Center Box Office by phone 773.325.5200 or by email musicboxoffice@depaul.edu. The HPC Box Office is open Tuesday – Saturday, 10AM – 3PM.

Rituals permeate every aspect of human life, and music is no exception. An evening of inventive new works for percussion explores how music plays a role in everything from renewing a world in chaos to the pursuit of wellness through meditation practice.

Missy Mazzoli’s Millennium Canticles imagines the musicians as a post-apocalyptic group of survivors who struggle to remember the rituals and stories that once made them human. Gauntlet by Mark Applebaum transforms hundreds of tiny everyday objects into the sonic backdrop for a grand procession. Finally, In Practice by Third Coast Percussion brings the focus inward, exploring the ritual of meditation through sound.

This performance is made possible by lead support from The Zell Family Foundation. 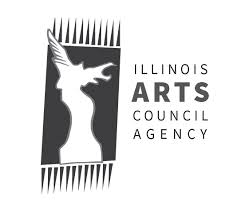 In Practice was composed with support from the Maxine and Stuart Frankel Foundation and the Julian Family Foundation.

Modlin Center for the Arts at University of Richmond